1. Taiji Ishimori defeated Dezmond Xavier to retain the X Division Title. At one point, Xavier did an insane flip clearing the top rope and landed over the barricade into the first few rows of fans. Ishimori got a cut on the back of his head from the leap. Ishimori retained with a 360 splash. A long, outstanding X Division match. They shook hands after the match.

2. Rosemary beat KC Spinelli. Rosemary won a short match with Red Wedding. Rosemary got a mic and congratulated Laurel Van Ness for being the Knockouts Champion. She told Allie, who will be taking on Laurel for the title at Genesis, that she’s proud of how far she’s come, but if she has to go through her to regain her KO’s title she will.

3. Matt Sydal beat EC3 to win the Grand Championship. Both men agreed to make it a regular match with no judges or rounds.Late in the match, EC3 has Sydal in a fireman’s carry and on the second rope, but Sydal reverses it into a sunset flip powerbomb and hit a Shootinng Stsr Press to become the new Grand Champion!

4. Laurel Van Ness defeated Allie to retain the Knockouts Championship. Allie was more aggressive early taking Laurel outside and throwing her into the guard rail, and nailing a jumping forearm on from the ring steps. The referee was bumped accidentally by Laurel and while he was recovering Laurel dropped Allie with the KO Title belt for the pin.

5. Moose beat Lashley (w/KM, Dan Lambert). KM wore a sleeveless American Top Team shirt, so he looks to be an official member of their team. KM grabbed Mosse’s leg to distract him, and Lashley gave him a huge clothesline for a near fall. Lashley got in KM’s face and warned him to stay out of the match. KM tried to bring in a table in the ring, but Lashley stopped him. KM tried to distract the referee by getting on the apron, but Moose pushed Bobby into him and connected with the Game Changer for a close near fall. Moose then got a second Game Changer to pin Bobby for the first time ever. Lambert was furious with Lashley and told him he pays him a lot of money. Bobby shoved him to the ground. KM tried to calm him down, and Bobby speared him outside! Lashley threw Dan into the ring and Moose spears him. Moose set up the table in a corner, picked him up, and drove him though the table. Bobby and Moose shook hands. The injured member of ATT tried to check on Dan, but Moose hits him with a big boot. Moose and Bobby shook hands again.

2. Kongo Kong beat Phil Atlas. Kongo, who did not have Jimmy Jacobs in his corner, completely dominated Atlas before destroying him with a top rope splash.

3. KM beat Kaito Kiyomayi. KM was dressed in his regular gear this time. He won with a pump handle face first slam. Good effort by Kaito.

6. Moose beat RJCity. RJCity gets a mic and said he’s overcome with emotion to be in Ottawa, and said there’s a lot of women at the arena and in Ottawa. He went to the crowd and asks a girl what her name is? Then he pulled the mic away and says she doesn’t look as good as he thought. He’s an artist, singer, and something else. Moose came out with an Ottawa Red Blacks hat and shirt. Moose won with a Sky High from the second rope. Moose thanked Ottawa from everyone and said in 2018 Impact will continue to be great. 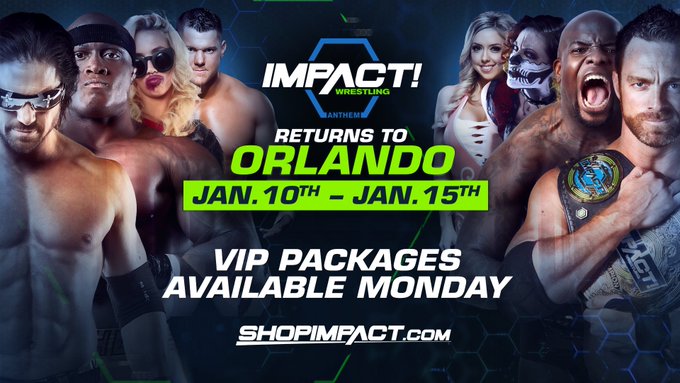 AUSTIN ARIES IS BACK!!!!
Top

Vincenzo ha scritto:AUSTIN ARIES IS BACK!!!! 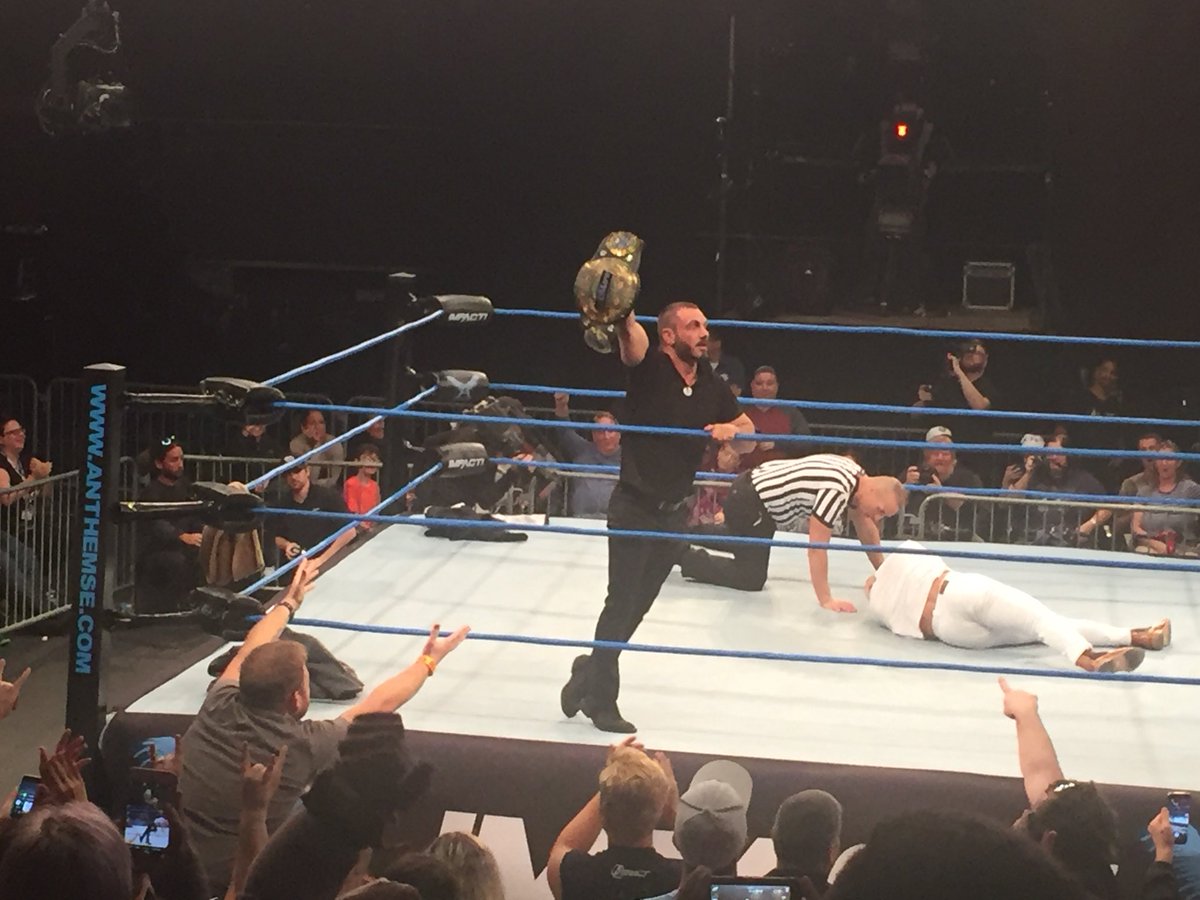 - LAX comes out for an in-ring promo and Konnan calls out oVe. The group comes out and Sami Callihan says he hates LAX and the Impact Zone, but it’s because oVe hates everything. Sami says he does respect LAX, and they have bigger problems to deal with now, but they will be tag team champions again in 2018. Konnan says there aren’t any bigger fish to fry than them, because LAX is the whole tuna. Caleb Konley and Trevor Lee attacks LAX from behind and oVe leaves.

- Eli Drake and Chris Adonis come out to the ring for ‘The Facts Of Life’, and Eli talks about being the greatest of all time. He declares he is the greatest Champion, dresser, and friend of all time… but Austin Aries returns and says Drake isn’t the Greatest Man That Ever Lived. Aries lists his own accolades in the company and says if Drake wants to be great, he has to beat him anywhere and anytime. Chris Adonis attacks him from behind, and Eli calls for a ref to defend the title on the spot.

* Cult of Lee (Trevor Lee & Caleb Konley) defeats T.E.C.H. (TC Reid & Mike Monroe).
LAX appears on the screen after the match, and Konnan warns Cult Of Lee that they are coming for them, and there is nothing they can do about it.

* Laurel Van Ness defeated Kiera Hogan. LVN attacks Hogan after the match, but Allie runs out for the save.

* Hania defeated Amber Nova. Rosemary attacks Hania after the match and chases her away.

* #1 Contender’s Match (Fatal 4 Way): Johnny Impact defeated EC3 & Moose & Alberto El Patron. Johnny Impact pins EC3.
It was noted that Moose needed to be helped to the back by several people, and it looked like he could have suffered a legitimate leg injury

* Lashley defeated Sami Callihan by disqualification
– OVE interfered, leading to the DQ, but Eddie Edwards ran out for the save

* Rosemary defeated Hania
– Hania attacked after the bell, but ran away after Rosemary fought back

* Johnny Impact defeated EC3
– EC3 and Tyrus got into an argument during the match, which led to the loss. Tyrus shoved him to the ground and ended up leaving. Aries comes out and has a staredown with Johnny Impact