Serious negotiations to take over STARDOM has been ongoing since early September. There had been interest on Bushiroad's end since this past Spring.

The official announcement will come tomorrow. 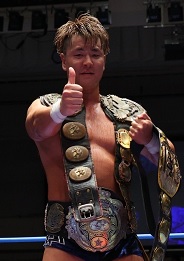 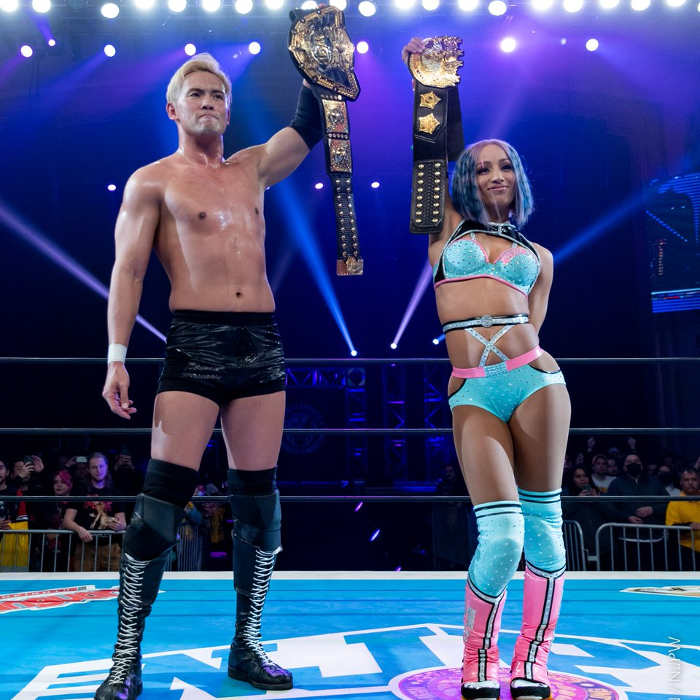 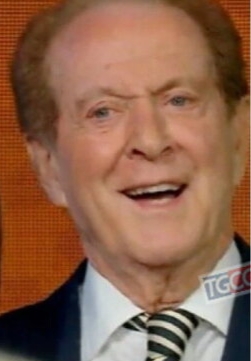 Well, not that shocked.


World Wonder Ring Stardom, the Japanese women's pro wrestling company best known as Stardom, has been sold to Kix Road, a subsidiary of Bushiroad, in a deal announced 10/17 in Japan.

The story is likely to be misinterpreted as either New Japan buying Stardom, a merger between the two groups, or that New Japan will start using women wrestlers on their shows. None of this would be accurate.

But what is accurate is New Japan and Stardom would both be owned by the same parent company, but they are being run and kept completely separate. Stardom will be under the umbrella of Kix Road, which is the parent company of Knock Out, the Bushiroad kickboxing company.

As part of the deal, Kix Road, on 12/1, Kix Road Co,. Ltd will have its name changed to Bushiroad Fight Co, Ltd. There are no plans for any interaction between Knock out and Stardom.

Ogawa had been approached in recent months by both Bushiroad and WWE, both of which wanted to buy the promotion. The WWE plans were to merge Stardom with a men's promotion as NXT Japan and run it themselves. The Bushiroad idea was to keep Stardom as its own entity, allowing Ogawa to stay on and run the business. Another aspect is that in Japan, it is looked down upon to sell majority interest in a Japanese business to an American company.

Ogawa, who started in the pro wrestling industry in 1978, at the age of 20, working for the Matsunaga Brothers and All Japan Women, where he learned all aspects of promotion and was head of public relations, later started the Arsion promotion in the late 90s. After that promotion folded, he ran shows from time-to-time until he started Stardom on his own in 2010.

Stardom grew to be the most popular of the 17 or so women's wrestling promotions in Japan, and was also the most popular of all the full-time all-women's promotions in the world. It has consistently grown over the years, but it's still relatively small, as its biggest shows at Korakuen Hall draw 700 to 1,000, and it's regular home base, the Shinkiba First Ring in Tokyo, draws 300 to 400, and that's with standing room and packing people in like almost sardines. It's appeal became wider over the last year with the emergence of Hana Kimura, the daughter of former women's star Kyoko Kimura, and her exotic look. Unlike during the heyday of Japanese women's wrestling where the audience was mostly teenage girls, today's audience is most younger guys, and buying of merchandise directly from the women after the shows seems to be almost as big a thing as the shows themselves.

Ogawa wasn't looking at selling when first approached in February by Bushiroad. This past summer, both WWE and Bushiroad were, independently, and not with knowledge of the other, looking to buy the group.

Ogawa never strongly considered selling to WWE. Part of the situation was that Bushiroad had a battle plan for what they wanted to do, while WWE really didn't, past the point they wanted to use the women to start NXT Japan. But they really didn't seem to have a battle plan past the point they wanted to do it. There was no plan on who would run it, how it would be run, and it was likely to be merged with a men's group or the women would be put on shows with men as WWE does things. There were no decisions on house shows, as NXT U.K. was supposed to have house show and now only does TV tapings and one or two big shows a year. Stardom runs 100 to 125 live events per year, almost all in small buildings.

However, WWE did offer to sign the entire roster to contracts and bring them in for WrestleMania week, and also to induct Ogawa into the Hall of Fame in 2020 if the deal went through.

Bushiroad wanted to keep the Stardom structure as it was, with the same house show schedule, but build the stars and run occasional shows in larger arenas. They also had the money to more heavily promote the brand and its stars and Ogawa saw this as a chance to build up women's wrestling, which was huge in the culture at different periods in history, notably the mid-to-late 70s, and mid-80s and again in early-to-mid 90s, when acts like The Beauty Pair, The Crush Gals and Dump Matsumoto were legitimate household names and their matches drew monster ratings on the Fuji Network, at times equivalent tot he NFL in the U.S.

There will be new executives assigned by Bushiroad to join the small four-person front office staff already working in Stardom to head the front office in a few weeks. Ogawa and his current staff are expected to remain in place.

The deal was largely agreed to several weeks ago, and finalized one week ago. There has been no involvement, financial or otherwise, between Bushiroad and Stardom up to this point.

Bushiroad's role will be attempting through advertising and television to build the popularity of the brand, similar to how the resurgence of New Japan Pro Wrestling was built.

As part of the deal, a TV show will air on BS NTV and Tokyo MX starting in January, with the BS NTV show being a 30 minute show on Thursdays at 12:30 a.m. BS NTV is a sports station that airs Major League Baseball from the U.S. live in the morning, and the Yomiuri Giants, the most popular team in Japanese baseball, in prime time. Tokyo MX is equivalent to something like the CW Network, it is a network, but it's newer and a distant No. 7 among the network stations.

There are no plans at present for Stardom talent to appear on New Japan shows, or vice versa. However, if New Japan does see a demand for women's matches on foreign shows, where there is no sign of any at this point, this will give them easier access to broker a deal for such talent and this was not ruled out for some time in the future, but nothing at this point is planned or has been talked about in anything but the most vague terms.

The upcoming New Japan Tokyo Dome events have no womens talent scheduled. Down the line, just because of dual ownership, the idea of something for Japan a part of a special show would become easier to negotiate, but nothing is in the cards for that at this point.

Bushiroad will begin marketing Stardom in January with more advertising in wrestling magazines, on billboards and on television, and will be marketed as part of the Bushiroad family. Takaaki Kidani, the head of Bushiroad, talked in particular about trying to appeal the group back to the teenage girl audience that was there during the 70s and 80s when the company had its mainstream peak and its stars were celebrities.

Bushiroad stock went up 4.6 percent immediately after the public announcement of the acquisition.

On 12/7 and 12/8, Stardom talent will participate in CharaExpo 2019 at the Anaheim Convention Center, with a main event of Mayu Iwatani & Tam Nakano vs. Sumie Sakai & Nicole Savoy.

The Stardom talent will also be signed to full-time contracts.

What this means, with all the Japanese talent under contract, is that it would likely become the premier place for Japanese women talent, and it would become more difficult for WWE to sign their top talent, like they did with Io Shirai and Kairi Sane. When WWE attempted at first to sign Shirai (whose first deal fell through due to a medical condition discovered and the offer rescinded, and she returned to Stardom, only to leave when WWE doctors cleared her after the condition was taken care of) and Sane, then known as Kairi Hojo, as well as Mayu Iwatani, there was serious talk that losing all three would have ended the promotion. But Shirai stayed for another year and Iwatani decided against going, and the promotion was no longer in danger.

On the flip side, there is a good chance this could end WWE allowing its U.K. talent, most notably Toni Storm, to work for Stardom going forward. WWE already nixed allowing Storm to lose a match to Bea Priestley in Stardom, because Priestley had worked for AEW. But that is really a WWE decision, as Stardom's idea is to remain neutral, as it uses WWE U.K. contracted women, has Priestley and Riho, both of AEW, as current champions, and Iwatani has held the ROH title and Stardom wrestlers have appeared on ROH shows including the Madison Square Garden show in April.

With the company being backed by Bushiroad, it would enable them to pay more if necessary, if that is an issue, although WWE did not pay big money for Shirai and Sane, believed to be in the range of $60,000 per year for each to start, which is less than both were earning in Stardom. Sane likely makes more now working on the main roster than she did in Japan.

Stardom will run what is planned to be the biggest show in its history on 4/29 at the Ota Ward Gym in Tokyo, and there is a plan to run an even bigger event in 2021 to celebrate the 10th anniversary of the company.

Bushiroad believes they can also enhance the product by making the characters more interesting. They have looked at hiring a coach/producer to help the women with new characters. One former New Japan wrestler was offered that position but turned it down last month.


Bushiroad believes they can also enhance the product by making the characters more interesting. They have looked at hiring a coach/producer to help the women with new characters. One former New Japan wrestler was offered that position but turned it down last month.